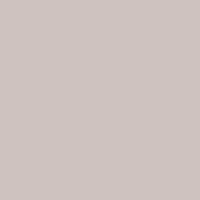 I have been investigating and reporting on technology, finance, fintech and healthcare for more than twenty years and have written hundreds of published articles for magazines such as Bloomberg Personal Finance, Business 2.0, Crain’s Chicago Business, Hospital & Health Networks (H&HN), The Industry Standard, Newsweek Japan, Outside, Scientific American and Wired.

In addition, I have been a senior reporter for the market intelligence service OTR Global for more than a decade reporting on trends in enterprise technology and network security for the financial community. I also create original content for a number of clients in accounting, finance, fintech and underwater life support markets.

I attended graduate school at Stanford University (M.S. Mathematics, M.S. Management Science & Engineering) where I worked on some of the first pricing and congestion modeling of computer networks. Following grad school, I moved to Washington D.C. where I worked for U.S. Senator Ted Stevens (AK) as a policy analyst and liaison to the congressional Office of Technology Assessment (OTA).

I later moved back to Silicon Valley to take a job in financial planning & analysis at Tymshare/Tymnet Inc. which were predecessors of cloud computing and the Internet. A few years later I founded a Silicon Valley-based strategic marketing consulting firm that specialized in technology start-ups.

My first computer? An IBM 360/30 mainframe that I operated for Bank of Evanston while I attended college. I also published a diving technology magazine called “aquaCORPS” in the 1990s, which helped facilitate the emergence of what is now called “technical diving,” a term that I coined. But that’s another story….

Receive infrequent updates from the pros.